Faisal Kutty included in The Muslim 500: The Most Influential Muslims in the World 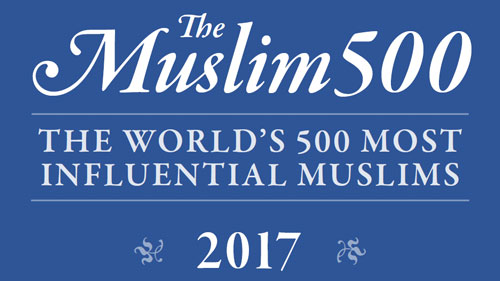 Faisal Kutty included in The Muslim 500: The Most Influential Muslims in the World

Faisal Kutty has been selected for the seventh consecutive year for inclusion in The Muslim 500: The Most Influential Muslims in the World (page 156) 2017 edition.

The Muslim 500: The World’s Most Influential Muslims is an annual compilation published by The Royal Islamic Strategic Studies Institute and is affiliated with the Royal Aal al-Bayt Institute for Islamic Thought headquartered in Amman, Jordan.

Quoted in the publication: “A leading North American Muslim lawyer, Faisal Kutty is outspoken on issues of human rights, Islamic thought and anti-terror legislation. He is a co-founder of KSM Law, a respected Toronto law firm with an international client base. He co-founded the Canadian Muslim Civil Liberties Association and served as its first legal counsel and previously served as the vice chair and legal counsel to the Council on American Islamic Relations (Canadian Chapter). He has written numerous op-eds, academic articles, papers, reviews and essays on topics ranging from national security to religion and law. He is currently an assistant professor of law at Valparaiso University School of Law in Indiana and serves as an adjunct professor of law at Osgoode Hall Law School in Toronto.”